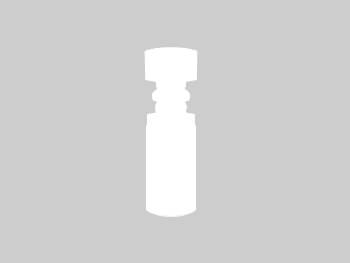 Berkilau is the apex of Agar Aura oud.

It is the result of the combination of the absolute finest extraction techniques, the same fantastic grade of raw materials as Pencerahan, and the exact same hybrid copper & stainless-steel apparatus.

For producing this oil, the raw materials were harvested from jungles near the Johor-Pahang border in southern Malaysia. With utter disregard for the effect on the cost of the oil, we prioritized keeping the distillation temperature between 167°F and 176°F - the lowest temperature range possible for hydro-distillation.

For starters, Malaysian Aquilaria Malaccensis is one of the richest oud varieties in the world. Then there's the fact that the low temperature preserved the aromatic compounds found inside the wood, neither burned off nor warped. And then most importantly: our unique extraction techniques pulled so much good stuff out of the high grade wood that, ignoring the richness of the aroma from an aesthetic point of view, even from a purely scientific point of view this is just about the richest oud 'soup' ever possible to produce.
Of course, there's also solvent extraction and vacuum distillation... but those oils just smell 'wrong'.

It took exactly 100 days to distill Berkilau, whereas typical hydro distillations usually last 9 to 12 days, and the advantage of how we did things was that all the fractions were pristine, including the second and third pulls which have the richest and heaviest aromatic compounds.

Since the raw materials were procured from southern Malaysia, Berkilau also happens to be the 'prettiest' Malaysian oud. Not only are those pretty compounds very abundant in agarwood from this region to begin with (isophorone, nonanol, limonene, 3-phenyl-2-butanone, to name a phew), but our techniques managed to double, triple, and even up to septuple the extraction of many of these compounds. Even better: we were able to extract compounds which otherwise never get pulled during distillation. The likes of furfurals and certain hexanones.

What does this all mean? Glittery top notes, an incredibly voluptious body, and base notes deeper than the richest Indian or Papua oud you can imagine.
All this, and zero off notes.

For producing Berkilau, I pulled out all my cards. There was not a single thing about the extraction process that could be improved upon.
If you want to see why we've been making such a fuss about Agar Aura's "new age" distillation techniques, you will find the answer in Berkilau.

We have already implemented the same techniques (slightly adjusted and fine-tuned for each species) for over 12 other projects including Borneo, Cambodian, Malaysian, Papua, Sri Lankan and Sumbawan ouds.

Berkilau was the first oud distillation that opened the chapter, 'Redefining Oud'.

Your Berkilau is amazing. This has to be a one of a kind oud oil that is in a class all its own. Kudos, Taha :). What a beauty!
M.I. (USA)

That oil is just stunning. It's a refined perfume. I don't know how I missed so many nuances and facets initially. Now I'm trying to desperately recalculate my budget lol!
C.G. (USA)

Please reserve this one bottle aside for me as I can't belive it but I've found my holy grail oud.
E.S. (USA)

Berkilau is such a scintillating, multifaceted gem..with its spectrum of olfactory delights refracting thru each prism..Wow! L.L. (Singapore)

The new Malay is very complex and there's a great big burst of scent in the opening that I cannot put my finger on.
N.R. (UK)

The saturation of each the notes rising from Berkilau are well beyond my comprehension but not my pleasure :)
S.K. (Ireland)

I just smelled the oil from the bottle as I've been working on patients and latex gloves eat any fragrance, and now finally I put some on.
It's beautiful, has that wonderful violets resin combo, bursting with flavour. Crazy oil, it's in my nostrils instead on the wrist, and I put a tiniest smidge.
wow. I was just able to relax, and I've been working on a lecture with loads of patients photos for a week non-stop, it had to be finished by Saturday morning and there's still heaps to do.
This is blissing me out for real, congratulations Taha. And now something clean comes out, a freshness from within as it wasn't fresh enough…
violets burning with cold fire
A.A. (Croatia)

As far as what I like about the Berkilau. I would say those three qualities you speak of are generally what I like the most about the oil. I will add that I really like the deeper and rich notes the most. I really like the top shimmery notes as well. But, what really grabs me is that antique peppery wood scent mixed with the deep purple and white florals.
M.J. (USA)

Greetings- my Berkilau arrived. It is remarkable. Quite unlike anything in my collection. The sparkling highs are extraordinary. Well done.
K.P. (Hawai)

About an hour into wear, I got a strong strawberry lemonade scent --- it was making my mouth water and I was wishing spring would get here already! It is super luscious!
M.M. (Canada)

"Berkilau" - they should call it "Berki-wow!" instead - very different energy than the RCX - this one is vibrant and energetic and zesty - really piercing oil - the notes are like a little whirlwind of intensity - feels like I can sense a storm of high energy sub-atomic particles buzzing around each other as it enters my sensorium.. A space-age oud.. This all evens out into a rich ethereal medley once it has settled onto the skin a bit.. I see pastels with this one - lavender and aquamarine type colors..
J.M. (USA)

I received my package in excellent condition. I've swiped the Berkalau twice since and I'm still trying to conjure words to describe the scent. I love it. If it wasn't so expensive I'd wear it everyday. Doesn't take long for the delicious wood notes to pervade my senses with memories of SE Asia. It seems with a few years of aging with the rest of my collection and this oil will be something out of this world.
M.N. (Canada)

Berkilau...alot of multi dimensional experiences to be had here..another very powerful oud (silliage and longevity desires much satisfied with these oils).. You can really tell the quality of wood used to craft these oils..even from just looking at the colour..but when you open the cap putting the stick near your nose... it releaves of the trouble of having to even sniff and rather takes the liberty to simply invade your olfactory senses taking no olfactory receptors as prisoners. These are both the most unique and ethereal oils in my collection so far...I truly hope to give them more playmates as you keep ripping out more Ouds of their calibre.
T.H. (Canada)

I just wanted to message you again to tell how wonderful and amazing this Berkilau oil is! I didn't comment on it before, because I am just now trying it out. It's scent reminds me of scents that I might encounter in an antique store. Like old vintage cabinets or wood furnishings. I also get heaps of purple flowers. As well as a hint of opium. Very reminiscent of your Pencerahan. In that is smells like bubbling oud chips. I think this one smells a bit more concentrated and refined though. Very much in awe whenever I breath in it's sensational aroma!
M.J. (USA)

Hi Taha, I placed some Berkilau on my left wrist and Kecantikan on my right wrist, then I felt like I was in a room full of gently heated chips. Blissful Indulgence!
C.C. (USA)

Who wouldn't like Berkilau?? I personally think this one is probably your number one Oud.. atleast from the time I started purchasing!! I experimented it both on skin and my sleeve... and as expected on the cloth the transition from one aroma to the other is slower so gives more time to enjoy each layer.. and on the skin it takes a different course altogether.  Just amazing!  The dry down was very faint woody but apart from that it is impossible to believe that is an oud oil.. If I had not purchased Keemasan I would have bought two full bottles of Berkilau! :D Next time please let me know if you have some amazing stuff coming up ;) This is just such a fantastic job done by you and your team!!! S.S. (USA) I applied a small swipe of Berkilau to my wrist and took a sniff and… was hit with a brief and delightful burst of spicy cinnamon and vanilla whiskey. Immediately afterward, I had an image of my hand (though it was not my hand, but rather, a man’s hand) holding a clear squat glass of amber liquid. I was sitting on a wide porch, and I was surveying the landscape before me through the transparent liquid. For the next few hours, every time I caught a whiff of Berkilau, I was that person on the porch, glass always in my man’s hand. Everything was still and peaceful but… vibrating; quiet and almost motionless, but very alive. I saw a field of wildflowers before me and the honey and floral scent wafted towards me. At one point, I could smell (and see) the smoke of a distant fire, emerging from the jungle beyond the field of flowers, drifting by. When the draft of hazy blue smoke was gone, vestiges of it lingered, caught in my clothing, my hair, sweeter now and woody, long lasting. This oil gave me a sense of gentle power, of accomplishment. It made me feel as if the hard work was already done; that now is the time to merely relax and enjoy the fruits of the labor. Berkilau is the reward… I guess if I was to sum it up with plain ol' adjectives, I would say: vibrant, spicy, cinnamon, vanilla, honey-ed, herbaceous floral, woody that turns sweeter over the hours. Powerful but relaxing. Long lasting. Absolutely beautiful the entire time. Really, really lovely oil that I have already enjoyed twice : ) Hard to believe that this was created by one type of wood! C.M. (USA) What I can tell you is: purple extraterrestrial flowers indeed! Probably the first Malaysian I like. Y.B. (U.K.)